Office of the President

A Message from Our President

As an institution, we have carved out our niche as a global university where you have a unique opportunity to connect with a worldwide network of interesting and engaging students, faculty, staff, alumni and colleagues. As the President at Webster, I can proudly say that we create dynamic opportunities to help our communities thrive and students succeed.

At Webster, we prove that together, as a community, we can collaborate across unit lines, across academic disciplines, and across geographic boundaries to achieve great things. Webster University is diverse and celebrates the uniqueness in us all and the differences of humankind. By doing so, we find our commonalities and our strengths as people.

With college campuses located locally, nationally and internationally, Webster University enables global success and enhances scholarly opportunities and artistic endeavors worldwide. As you learn more about Webster University, I welcome you to become an integral part of our engaged global community. 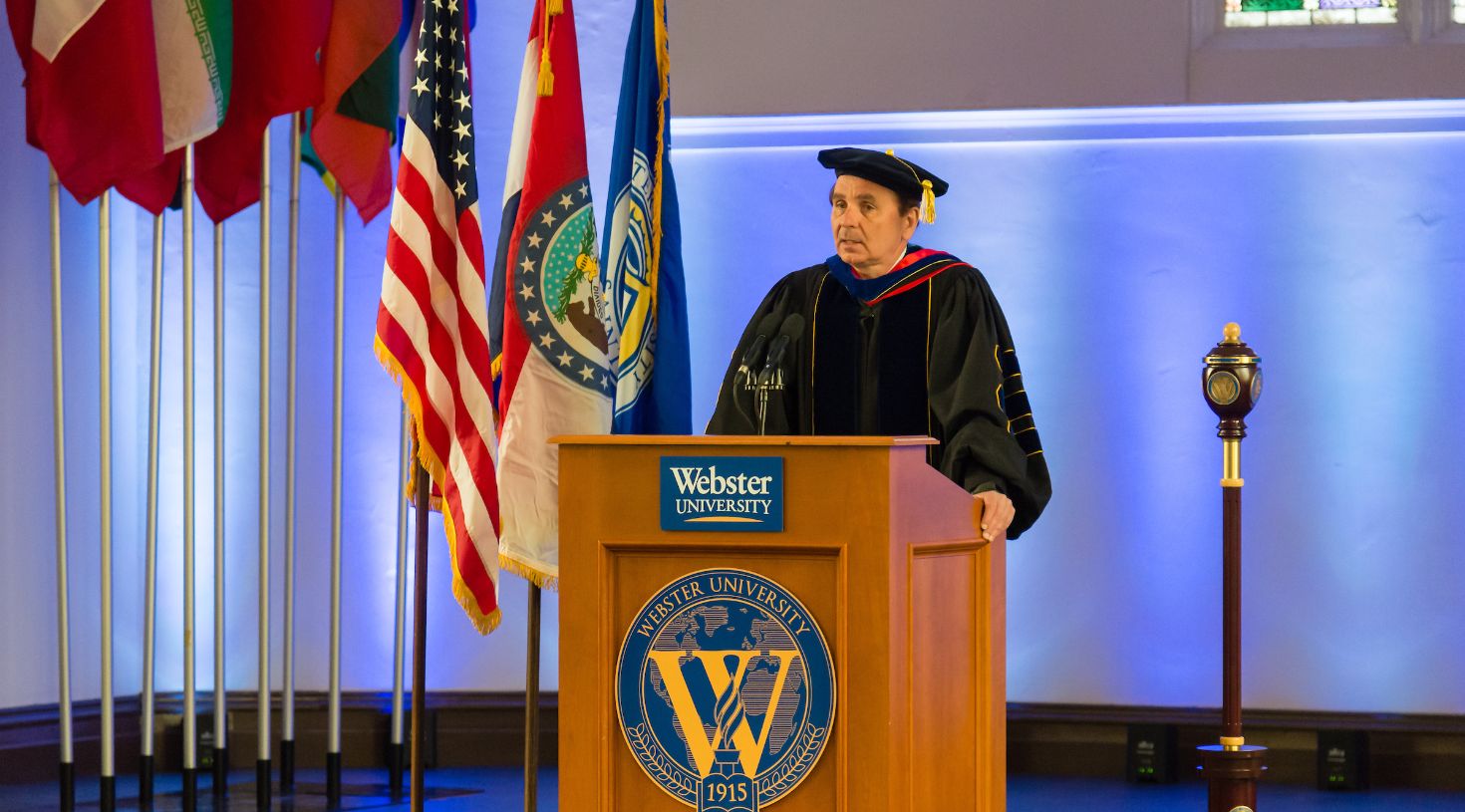 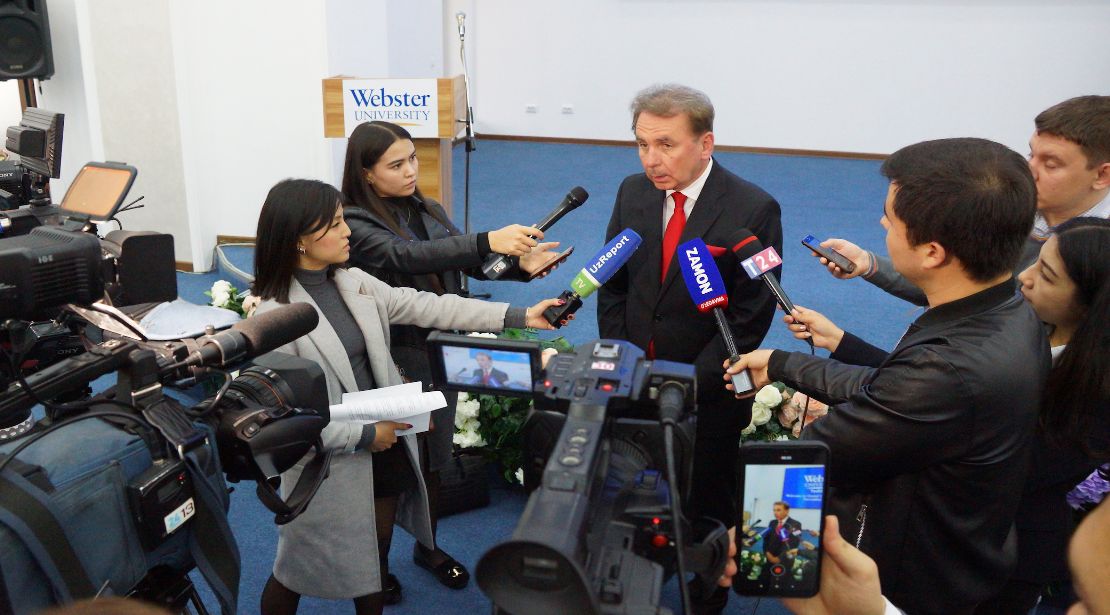 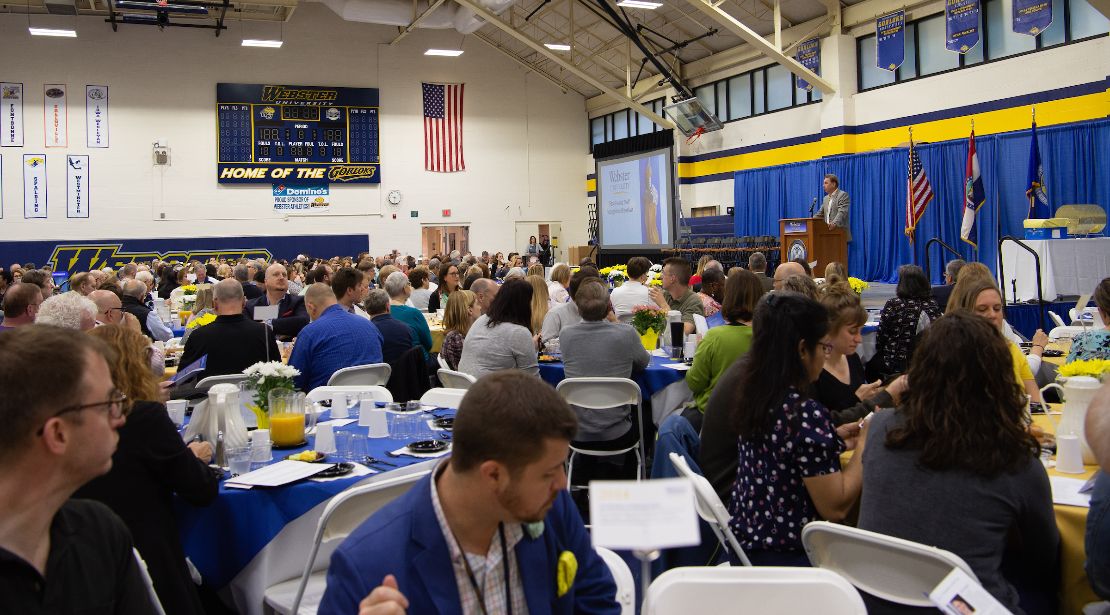 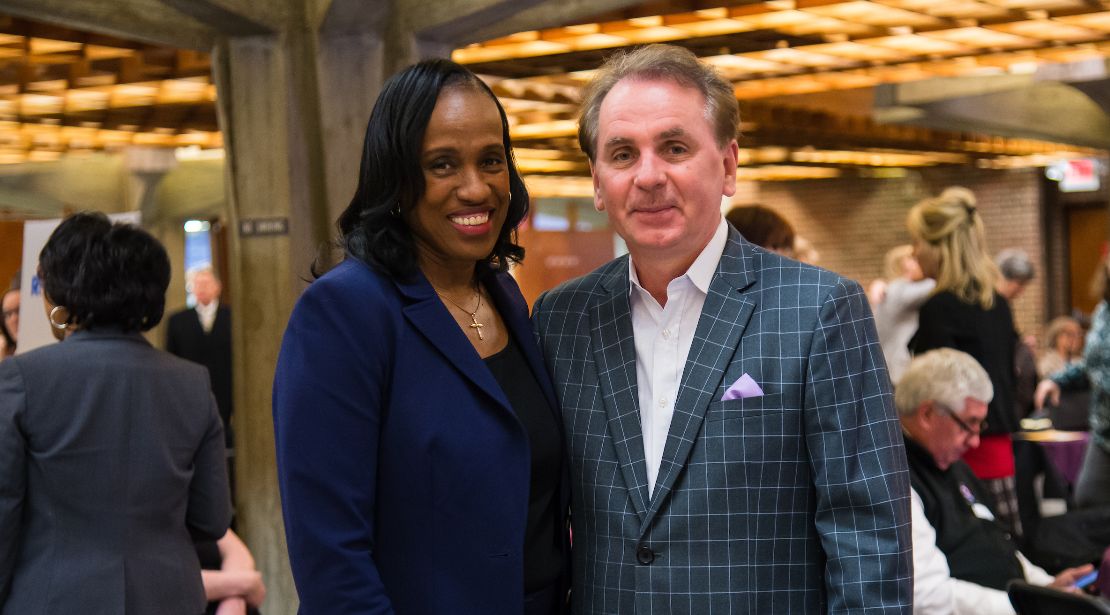 Office of the President

The President is the chief academic officer and chief operating officer for Webster University's global university system with campuses on four continents and over 200,000 alumni. Daily leadership for this role includes oversight of the campus network operations, Academic Affairs, Enrollment Management, Finance and Administration, Human Resources, Office of Research and Sponsored Programs and leadership of curricular initiatives. Under President Schuster's decade of leadership in partnership with Chancellor Stroble, the University has expanded its campus footprint to Ghana, Greece, and Uzbekistan, forged additional partnerships in Latin America, Europe and Asia, and expanded research opportunities for faculty and students.

In collaboration with the President, the Office of Academic Affairs sets and implements the University's strategic planning, resource allocation, budget analysis and enforcement of policies.

In addition to recruitment efforts, the Human Resource Department serves as a liaison between the University and the employee to inform, motivate and educate in all matters relating to employment and employee benefits.

As President, Dr. Schuster collaborates with senior administrators in overseeing academic endeavors and in managing the internal administrative operations at Webster University.

Julian Z. Schuster became President of Webster University in 2019 after serving as Provost, Senior Vice President and Chief Operating Officer since 2010. During this time, he has led the institution through a period of transformation and development. In the past years, a new general education curriculum has been adopted and implemented, the most diverse and academically qualified freshman classes have been recruited, and retention and graduation rates improved significantly.

Webster’s $55 million capital campaign concluded successfully, and several endowed chairs were established. During this time, the University has completed over $100 million in construction projects, increased the number of full-time faculty and launched more than 15 new academic programs, including several STEM-related offerings.

Dr. Schuster’s efforts to make Webster a national leader in global experiential education resulted in Webster's long-term study abroad programs being ranked in the top 10 among all U.S. master's degree-granting institutions, and first in the same category among Midwestern institutions, according to the Institute of International Education's annual Open Doors Report. Dr. Schuster led the establishment of Webster’s first campus on the African continent in Ghana, opened in 2013-14, as well as a campus in Uzbekistan and additional partnerships in Asia, Europe and Latin America.

Webster University now ranks among the top 16 comprehensive universities in the Midwest and boasts nationally ranked programs in a number of majors across fine arts, business, nursing, nurse anesthetist, education, communications, and the liberal arts and sciences.

In the Office of the President, we focus on academic and administrative excellence in support of student success. Everything we do aligns the administrative enterprise to support the academic mission of the University.

Office of the President Academic Initiatives

The faculty-developed Global Citizenship Program, Webster's core curriculum, advances students' knowledge of human cultures and the physical and natural world, their intellectual and practical skills, understanding of personal and global responsibility, and their ability to integrate these lessons into a complex 21st-century environment.

Faculty Research Grants are awarded to applicants among Webster's faculty whose proposals have the strongest potential to advance academic excellence for the individual faculty member and for Webster University.

The President’s Student/Faculty Collaborative Research Grant Program supports undergraduate students who are conducting research projects with the guidance of a faculty member. Research is defined broadly and includes artistic, scholarly, and other research activities fitting Webster's variety of disciplines and majors. Current undergraduate students from all schools, campuses, and majors are eligible to apply. There are multiple application windows each year. Apply for these grants.

Known as the Messing Faculty Award, the Wilma and Roswell Messing, Jr., Faculty Award award is presented to a full-time faculty member for summer activity which will strengthen the curriculum of their department or improve the teaching/learning relationship. The award, a stipend in the amount of $4,500, funds international travel and other expenses related to the summer activity.

The President’s Faculty Fellows Program is an invitation for faculty members to contribute to the leadership of key strategic efforts of Webster University on a part-time basis by partnering with Academic Affairs or its support units (Faculty Development Center, Reeg Academic Resource Center, Academic Advising, Office of Institutional Effectiveness, Study Abroad, or other units or committees that support faculty and students). This opportunity allows faculty to work on special projects that are of particular interest and importance that take full advantage of the unique interests, skills, and academic backgrounds of the University’s diverse faculty. Fellows are awarded a $4,000 stipend for their work.
The Leif J. Sverdrup Global Teaching Fellowship provides the opportunity for Webster University faculty members to travel to teach at one of the following Webster international campuses: Athens, Geneva, Leiden, Vienna, Accra, St. Louis (main campus and Gateway campus). This program funds travel, housing and some incidental costs. The fellowship is open to full-time and adjunct faculty. Full-time faculty must have completed at least one academic year at Webster to be eligible. Adjunct faculty must have taught at least six courses at Webster to be eligible.
Podcast Feature

“Even amid the extraordinary challenges of the pandemic, Webster University continues to invest in the success of our students and to empower them to build a brighter and better future.”

President Schuster on Our World Report Podcast
News and Events

Highlights from the Office of the President

We can’t wait! Make sure to tune in!